Today was David Wright’s last day as the Association’s Executive Secretary, after nearly three decades in the role.

David’s contribution to the New Zealand Biodynamic Association has been incalculable. A former scientist, technical editor, market gardener and Waldorf teacher, he brought a very broad and capable skill-set to the job and placed it all in the service of biodynamics.

He has provided huge amounts of wisdom, support and advice over the years to Council in all its various iterations. Every council is different and each has had different requirements of David. He has met them all with efficiency, patience and good humour.

Over and above the daily management of the Association, David has stepped in at different times to fill important roles when they were vacant. He has acted as commissioning editor for Harvests magazine, and for years produced our biodynamic calendar. Some of these additional responsibilities involved a great deal of unpaid time and energy. He has never complained.

David has been a Demeter inspector since the mid-1990s and served as a BioGro board member from 1995 to 2015. He has also been a council member of peak sector body Organics Aotearoa New Zealand (OANZ) and served as deputy chair of the OANZ board.

It’s difficult to know how to properly thank this humble man for the sheer magnitude of work he has done for our association and members. He has told Council that he’s still willing to be occasionally involved on a voluntary basis, so we haven’t lost him altogether and we’re grateful for that.

David, we offer you thanks, appreciation and our deepest respect. We wish you and Jen all the very best and we look forward to seeing you at future biodynamic events, no longer burdened by that enormous laptop bag!

David’s role has been filled by (the very courageous) Joanne Turner. You’ll meet her in a future post. 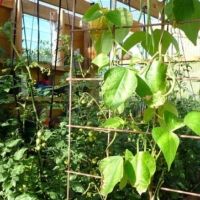 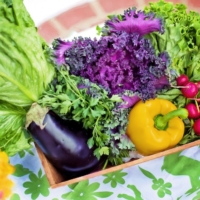 Nourish to Flourish: Counting Down to Launch!
Scroll to top