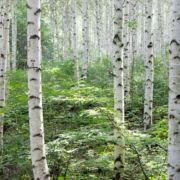 Birch is a thin-leaved, deciduous hardwood tree of the genus Betula. It is closely related to alders, hazels, and hornbeams. There are over 30 species of birch, most of which are native to Europe and Asia, with the remainder native to North America. Here at Weleda, we use the European white birch (Betula alba) medicinally. Related species include silver birch, which has become naturalised in New Zealand, and downy birch, which is able to grow farther north into the Arctic than any other broadleaf tree. 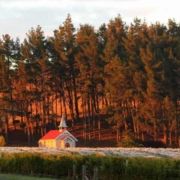 Clos Henri’s quest for wine quality led them to biodynamics. By Fabiano Frangi

We first talked about the possibility of going organic in September 2009, shortly after I had joined Clos Henri.
It was my first time being employed as a vineyard manager. I remember Lionel Bourgeois, our owner and viticulturist, telling me that if we couldn’t succeed growing organically in Marlborough’s climatic conditions, we didn’t deserve
to be winegrowers. 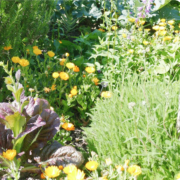 Hongze Yao (known as Yao to friends) was born in a small region in Fujian Province. With a warm and humid maritime subtropical climate, agriculture in Putian has been very popular since the 1950s. 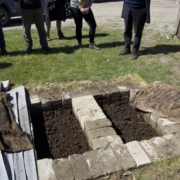 As children, we all played with blocks. Some of us had the joy of blocks with numerous shapes – circles, triangles, squares and stars – and you would learn to find a matching cut-out shape for the block to fit into on another piece of wood.

The circle was for most of us the easiest, and it is still to this day the one that children reach for first. 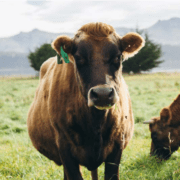 We all know about the important role cows play in biodynamics. Cows gift us horns and other body parts to be used as sheaths for the making of the preparations. They also give us dung for use in preparation 500, compost and barrel compost. 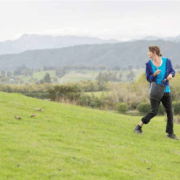 Motueka Steiner School’s dream of schooling children on a farm is being realised. By Peter Garlick 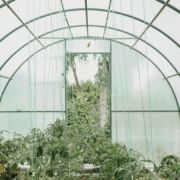 Growing vegetables using biodynamic methods can create gardens of extraordinary health and productivity. Living soil, nourished by regular applications of compost, careful plant rotations, and the biodynamic preparations, can steadily improve in structure and health. The daytime sun, nighttime moon, rain, wind and all the life within the garden offer challenges and opportunities for the grower to insert themselves within this seasonal dance and emerge with edible crops. 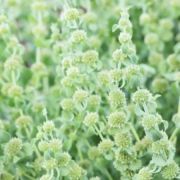 Marrubium vulgare (white horehound) is a common pasture weed of the Lamiaceae family native to Europe, west and central Asia, and North Africa. It was introduced to Australia and New Zealand in the nineteenth century as a medicinal herb.

It is a woody-based perennial with multi-branched stems and grey green leaves that resemble mint. It can grow to be 80 cm tall. The flowers are white and grow in dense whorls in the leaf axils. Post-flowering there is significant dieback after setting seed, and the flowers turn to burrs that are spread in the wool and fur of grazing animals. It spreads easily in disturbed or overgrazed pasture and due to its bitter taste is unpalatable to livestock. In southern Australia it is considered a noxious weed.

It has been used since ancient times as a remedy for coughs and sore throats and as an expectorant. It has been listed as a remedy for expelling worms in farm animals, and modern scientific studies have been conducted on the usefulness of horehound. For example, a 2011 study concluded that the essential oil of M. vulgare contains potent antimicrobial and anticancer properties, while a 2012 study found marrubiin, one of the primary active compounds found in horehound, to possess “antidiabetic, anti-atherogenic and anti-inflammatory properties.” It is also used in the manufacture of horehound candy and horehound beer.

At Weleda, Marrubium is used to produce our Cough Elixir remedy. We harvest the leaf and soft fleshy stems prior to flowering in the spring, when leafy growth is at its maximum. These are then dried and stored until needed. In the manufacturing process, Marrubium leaf is decocted in boiling water, along with various other herbs that are useful in treating cold and flu symptoms, such as plantain and thyme. 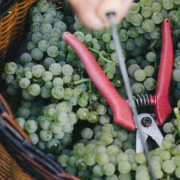 Biodynamics and intention on the Seresin wine-farm. By Daniel Honan

“There’s something we don’t talk about, which I think is the most intriguing thing about wine,” says Colin Ross, Estate Manager at Seresin in Marlborough. “We ignore the alcohol, the 12.5%, which is a spirit, and not all alcohol has the same effect, so, as potential drug growers it’s something we should all be conscious of.” 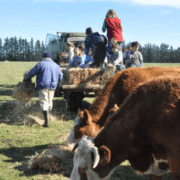 Rachel Pomeroy is a wealth of knowledge on biodynamics in New Zealand. She has travelled extensively, especially in India, sharing her experience of biodynamics, stargazing and planting calendar use. Rachel makes all the biodynamic preparations and is a keen home gardener.

I have a particular farmer in mind when I speak of a “best farmer.” He is Sarvdaman Patel, a lifelong dairy, fodder and vegetable producer in Gujarat, India, who converted to biodynamics in 2000. But what I say could equally apply to several men and women I have met over the years, each of them examples of best biodynamic farmers or gardeners who were previously best conventional farmers or gardeners.