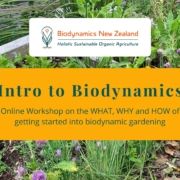 Begin your biodynamic journey with Katrina and Monique

Always wondered about biodynamics and what it’s all about?! This is the workshop for you.

Biodynamics New Zealand is excited to present this opportunity for the wider biodynamics community to learn about how to harness this incredible philosophy – tell your friends and family!

Join Katrina Wolff and Monique Macfarlane (on the full moon!) for this 90min online workshop taking you through the what, how and why of biodynamic gardening.

Zoom Online Workshop on Monday the 6th of February at 7pm.

Questions that we will answer;

Members of Biodynamics New Zealand receive a discount so check your email or reach out to us at marketing@biodynamic.org.nz to find out the discount code. 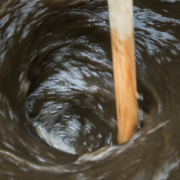 There’s no denying it, we’re well and truly into Autumn now. The Autumn Equinox has passed and the days are shorter and cooler.

Our focus now moves to building compost and enlivening our soil.

Next Friday the 22nd of April is Earth Day and is the start of the moon’s descending phase, which is a perfect time to stir and spray biodynamic prep 500.

Preparation 500 is a living substance which helps build soil structure, stimulates microbial activity and the formation of humus, greatly improving the absorption and retention of water in the soil.

Used as part of a regular practice, it regulates acidity, stimulates the growth of root systems to greater depths, increases the germination rate of seeds and helps to dissolve hard pans.

Stirring or dynamising the preparation for a full hour is a wonderful activity for a group or family, but can also be achieved by one person.

For more reading on preparation 500, check this post out from Autumn 2020 which includes comments on this time of the year from Rachel Pomeroy, Su Hoskin and Rand Carter.

Members can purchase the preparations via Biodynamics New Zealand. If you’re not already, BECOME A MEMBER here. 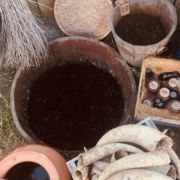 Join Monique Macfarlane at Paulo Farms in Waihi for a workshop on biodynamic preparations.

In this workshop she’ll explore the foundations of biodynamics – the nine preparations we utilise when practising biodynamics. The afternoon will be part theory, part practical and will culminate in an meditative hour stir of preparation 500 – the grounding block of the whole system.

What will be covered;

This workshop is perfect for anyone growing their own food, or those that have an interest in nutrition, building soil health and climate resilience, or simply a curiosity for the interconnected nature of our universe.

The workshop is based on Paulo Farms, a certified organic property just outside of Waihi that has been utilising biodynamics since 2016. The property encompasses a market garden, a young orchard, cattle, pasture free range chooks and is our playground for a self-sufficient lifestyle. 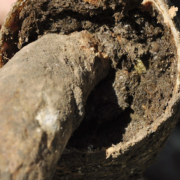 Directions: The venue is at Black Estate, 192 Reeces Road. Turn off  SH/1 at the Omihi Hall/Glenmark Rugby Club. Travel 1.92km till you see the drive on the right. Bear left at the Grey letterbox and before the Black Estate Winery sign. 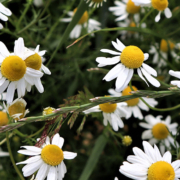 The latest Community Workshop on Biodynamics was held on Saturday 12th February at the Steiner School site in Robinson Road, Lower Moutere. This was the third workshop in a series of eight which started in November last year. The Motueka Rudolf Steiner School Trust (MRSST) has been able to offer workshops in the theory and practice of using biodynamics to bring life and health back to our soils, our land and the food we grow, for koha. This has been through funding from Kete Ora Trust.

On Saturday, participants were led by Dieter Proebst with a morning theory session at the Steiner school which Dieter describes as ‘a mind massage’, and an afternoon session in the shed at the school’s farm. The workshop was entitled ‘Permaculture as a Design Framework for Biodynamics’, looking at the best of both and combining them. In the afternoon, participants were invited to create together a model landscape on a  two square metre sandbox set up on a table. It was participatory and collaborative with lots of conversation.

Dieter is one of the founders of the Motueka Rudolf Steiner School Trust, which began in 1984 with the kindergarten in a house at Riverside, Lower Moutere. Dieter is a highly-experienced forester, nurseryman, farmer, and orchardist. He came to New Zealand from Germany in 1981 with a Master of Science/Forestry from Munich University, and he settled in the Motueka Valley on the West Bank.

Over 35 years, he turned 30 acres of bare pasture into a successful certified organic farm and nursery with, amongst others, over 100 varieties of apples. Dieter holds a Diploma in Permaculture Design and is a recognised land-use consultant. He has led many workshops over the years, is an author, a long-standing biodynamic grower and advisor, and a former Demeter Inspector.

There are many techniques of land management – biodynamics, permaculture, organics, regenerative agriculture and others. Dieter refers to these as ‘franchises’, as he believes the most important in all of these is the land, the environment, and working out what the land wants and needs: ”While there is a plethora of literature about land management,” Dieter says, “often the problem lies in people’s minds. People need to trust their instincts.”

His Treedimensions Land Use Consultancy, which he continues to run from where he now lives in Golden Bay, is about finding site appropriate solutions. He hopes that the workshop participants will learn to apply their own common sense, their gut feeling and  their intuition to living with their land. He calls for people to have open minds, be curious and humble to learn.

The next  Biodynamic Community workshop will be held on 266h March and will be led by Su Hoskin, an experienced biodynamic practitioner and educator, on making the Biodynamic preparations. Dieter will return for another workshop in April which will be about edible landscaping and the food forest concept. For more information and to reserve a place email carolynhughes@foulis.nz .The workshops are each limited to 25  people so registrations are on a first come first serve basis. 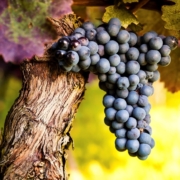 Biodynamics New Zealand is committed to working together with you to bring learning opportunities, create stronger relationships and build community. We have identified the need for an industry specific platform to engage our members and others on a social level that is easy to access.

You are invited to collectively engage in our latest initiative ‘Vine & Wine Online’.

These FREE monthly one-hour online meetings offer opportunities to gather with like-minded others and serve as an informal platform for sharing knowledge, inspirations, and aspirations around biodynamic and organic vineyard management, viticulture and wine making.

We will be covering themes which are relevant to seasonal activities and inviting some of our biodynamic champions to the discussions to share their wisdom through regular gatherings. Join us on the last Thursday of every month beginning August 26th 6.30 p.m to 7.30 p.m Pacific Time.

A Zoom link will be sent out closer to the date for members of Biodynamics New Zealand. If you are not currently a member we welcome you to join the Association.

This auspicious time of year lends itself to conversation around compost, pruning, tree paste and planning for the Spring season, but will be a general forum for sharing ideas, and insights into all things biodynamic.

Bring your questions, thoughts, and viewpoints to this informal gathering hosted by our Education Coordinator Su Hoskin.

Please feel free to share to your networks and the wider community. The Education Coordinator program is generously funded by The Kete Ora Trust. 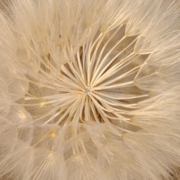 Biodynamics New Zealand is committed to working together with you to bring learning opportunities, create stronger relationships and build community.

You are invited to collectively engage in our latest educational initiative ‘Cultivating Conversations’.

These FREE (for members of Biodynamics New Zealand) monthly one-hour online meetings offer opportunities to gather with like-minded others and serve as an informal platform for sharing knowledge, inspirations, and aspirations around biodynamic land management.

We will be covering themes which are relevant to seasonal activities and inviting some of our biodynamic champions to the discussions to share their wisdom through regular gatherings. Join us on the third Thursday of every month. Our next session will be on 16th September 2021, 6.30 p.m to 7.30 p.m Pacific Time.

A Zoom link will be sent out closer to the date for members of Biodynamics New Zealand. If you are not currently a member we welcome you to join the Association.

This auspicious time of year lends itself to conversation around compost, tree paste and planning ahead for the Spring season, but will be a general forum for sharing ideas, and insights into all things biodynamic 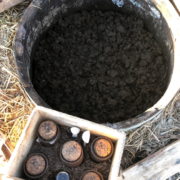 We update this page regularly with upcoming workshops so come back soon. As a member we will send you regular updates of what is coming up via our e-newsletter.

You can also register your interest in workshops with Biodynamics New Zealand. You might be looking to attend a workshop or deliver one with our support. Please email us here and let us know what you are looking for and which region of the country you are in.

Please remember that if you are a member of Biodynamics New Zealand you get all these benefits listed here.