Clos Henri’s quest for wine quality led them to biodynamics. By Fabiano Frangi

We first talked about the possibility of going organic in September 2009, shortly after I had joined Clos Henri.
It was my first time being employed as a vineyard manager. I remember Lionel Bourgeois, our owner and viticulturist, telling me that if we couldn’t succeed growing organically in Marlborough’s climatic conditions, we didn’t deserve
to be winegrowers.

Clos Henri is a family wine estate of 110 hectares, with 45 ha planted in grapevines. The farm is situated in the Wairau Valley plain, about 30 km from the sea. Part of the property sits on valley terraces, while the south part of our land lies on a gentle north-facing slope. When the Bourgeois family, winegrowers from the Loire Valley in France, purchased the land, it was a sheep farm. For about 12 years they had searched for a suitable place to grow Pinot Noir and Sauvignon Blanc, the only two varieties allowed in their home AOP (Appellation d’origine protégée), Sancerre, in France. When they arrived in Marlborough they immediately felt the huge potential of its terroir. They set up the vineyard with the aim of producing the best possible wine: high- density plantings, small crops, little to no irrigation.

For us, becoming organic was the simplest way to express our terroir – no insecticides or herbicides, and the fungicides reduced to solely sulphur. At the beginning, we took a very much hands-off approach, and quickly achieved our goal of reducing the vigour and vulnerability of the plants.

Moving from organic to biodynamic was rather natural. I had a vague appreciation of biodynamics from previous experiences. But all of my skeptical preconceptions were proven wrong, one by one, through practical observations and discussions with fellow winegrowers such as James Millton, Colin Ross and many others who have always kindly shared their valuable experience.

This is where the organic and biodynamics community holds strong values that we often tend to lose in modern society: the sense of sharing and helping the other, your neighbour. We felt overwhelmed with the transition, but quickly felt safe as part of a group of winegrowers who work together for the good of everyone. The enthusiasm behind this farming system is truly contagious.

A few years ago, I attended the biodynamic conference in Central Otago. In three days I had the opportunity to visit Felton Road, Rippon, Burn Cottage and others. Although I couldn’t understand everything that was discussed, my impression was that the Bourgeois Family’s philosophy was actually very close to biodynamics, probably even more than what I had thought. I realised the dramatic similarity of the French term terroir and the biodynamic concept of ‘farm individuality.’ Plus those wines I had the chance to taste during the conference were unbelievably good.

We made our first cow pat pit the very next Monday.

The following year I attended a course at Taruna, which I found extremely useful in broadening my farming perspective. We decided to develop native areas within the property to encourage biodiversity. We have started a relationship with a local beekeeper, and we have scaled up our compost production. All these new practices did not happen without teething issues obviously, but we have learnt from our mistakes to become smarter, generating new ideas about how to farm healthily and efficiently.

We have been deepening our understanding from a very shallow starting point, and it is already showing observable and tangible results. We are learning how the “funny” practices that used to generate skepticism probably have a scientific reasoning behind them, and an effect that can be appreciated.

We don’t practice this system because it is trendy or à la mode, as that would not be much of a long term strategy.

We practice organic and biodynamic growing very simply because it makes us produce better wines. 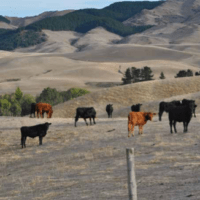 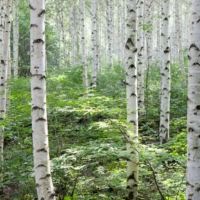