Most of us like some tidiness around us. We like to know where to find things, and we like to have things arranged in an orderly way. (I apologise to any teenager who is offended by this suggestion.) Some of us go much further and need to have everything arranged precisely, with all shirts in exact order, and everything else in the wardrobe in its due place, and so on. But does tidiness extend beyond the inside of the house? Is the space between the soil and the floor still carrying the litter left by plumbers, carpenters and electricians? For most of us tidiness doesn’t extend that far because what’s out of sight is out of mind. I’ll come back to the consequences of this later.

In the mid-1970s, I spent a year on a small block in Northland and then moved to Hawke’s Bay, where I continued growing fruit and vegetables. A difference between the two regions then was that in Hawke’s Bay, roadside verges and ditches were regularly sprayed, but in Northland they were not. I was sad to see, when I went back to the north a decade later, that it had succumbed to the “tidy up the countryside” impulse, which is also evident in commercial horticulture.

In almost any non-organic apple orchard, you’ll see clear strips around the rows of trees, with just a few herbicide- resistant weeds showing through. By contrast, the organic or biodynamic orchard will look less “tidy,” with grasses or broadleaves right up to the tree trunks. A study, reported in this magazine’s predecessor newsletter in 1993, found that the most compacted soil in a conventional orchard is not where the machinery runs between the rows, but in that herbicide strip. It’s compacted because no organic matter is incorporated when weeds and grasses die (there aren’t any), so there’s nothing to keep the crumb structure open.

Similarly, a crop of conventional tomatoes may look very tidy, with row upon row of clear soil. In its early stages, an organic or biodynamic seed bed may look much the same as a conventional one, but gradually the difference will show. Where a herbicide is used, there will be mostly bare soil and just a few intractable weeds — thorn apple is one I recall from my time as a farmhand in Mr Wattie’s tomato fields. But the biodynamic fields have a variety of weeds, possibly dozens of different species. So long as they are kept within bounds, they are a great benefit to the soil, bringing a variety of root structures and probably a variety of microorganisms, which all adds up to resilience — better ability to withstand extremes of hot/cold or dry/wet. The “countryside should be tidy” mindset doesn’t accept this, and doesn’t mind what it destroys below ground, because what’s under the soil is like what’s under the house — out of sight and out of mind. But whereas tidying the house doesn’t change what’s underfloor, tidying the crop will definitely change what’s underground, and usually not for the better.

Monocultures are what you find on the edges of deserts; tidiness is next to barrenness.

And it’s not just the countryside. Some local authorities want roadside berms to grow nothing but grass to ensure a well mown, tidy roadside. They say that other plants are a fire risk, or that berm gardeners are a traffic hazard, or that berms will attract vermin, but all that seems to me quite specious. The real reason is simply an inappropriate desire for tidiness. A tidy berm with just a few species of grass is effectively a monoculture. And monocultures are what you find on the edges of deserts; tidiness is next to barrenness. An untidy berm, brimming with varied life, is much preferable.

Misapplied tidiness, however, doesn’t just affect farming and gardening. It also damages our thinking. In the Middle Ages an English monk, William of Occam, said that we should prefer uncomplicated or simple explanations, and today this idea is called Occam’s razor. In those days you didn’t use a piece of rubber or a delete button when you needed to alter your work; you scraped the parchment, perhaps with a razor, to remove unnecessary bits. Occam’s razor scrapes away so-called “unnecessary” ideas and is still used by scientists today as justification for preferring one explanation over another. Many of them would agree with Isaac Newton, who said, “No more causes of natural things should be admitted than are both true and sufficient to explain their phenomena.”1 But other scientists have disagreed, at least in part. Francis Crick, who shared the Nobel Prize for Chemistry for discovering the structure of DNA, said, “[w]hile Occam’s razor is a useful tool in physics, it can be a very dangerous implement in biology. It is thus very rash to use simplicity and elegance as a guide in biological research.”2

Does it matter what we think? Surely it’s what we do that matters, and that’s one of the attractive things about biodynamics; it offers very different ways of doing things. However, to me recent history says that how we think is vital. The 20th century was dominated by the effects of various “isms” such as fascism and communism, which required particular patterns of thought, and our century seems to be going the same way. So my view is that we can’t avoid thinking about how we think. Although “just do it” is a great start into biodynamics, at some stage the thinking must get involved too.

I can see no reason why the natural world should follow tidy patterns of thought, and I think ‘tidiness’ limits our understanding. This happens so often with farming and gardening. Tidy thinking, where we see cause and effect in very simple terms, is much easier to follow than believing that the natural world is too complicated to fully understand. Most of us know somewhere in our being that it actually is too complicated. But often — perhaps always — we have to act with incomplete knowledge, and we simplify our tasks to make them manageable. When we water the garden, we probably think mostly about the plants, and not so much about earthworms, microbes, fungi or the long-term survival of the soil itself. This is understandable, but it becomes limiting if we let this simple approach become the only way of looking at things. Unfortunately that is what conventional agriculture does to a great an extent.

Suppose our soil has a “potassium problem.” While that may be an oversimplification to start with, a tidy approach might then ask only how the farmer can supplement it. A slightly wider view might ask whether there is clay in the soil, as it is known that from clay earthworms and microorganisms can often make plenty of potassium plant- available. Even that’s a simple approach, which doesn’t begin to appreciate all the relationships involved. The relationships are not simple and tidy, and that is one reason why there’s artistic training in most biodynamic training courses. In art, there are many relationships that you must approach at an intuitive level.

Rudolf Steiner’s descriptions of forces — at work in the land, the plants, animals and people — that underlie biodynamics will doubtless seem very difficult to understand if you are looking for simple, tidy explanations. But if you allow them to work on you more like artistic visions, they may become easier.

Tidiness has great value in many circumstances, but it seems to me that on the farm or in the garden, as well as in our thoughts, it needs to be kept under control 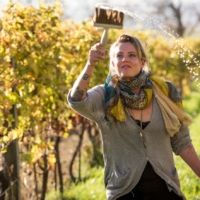 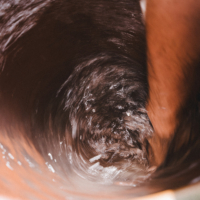 The Nature of Liquid Water – Gary Williams
Scroll to top