Motueka Steiner School’s dream of schooling children on a farm is being realised. By Peter Garlick

If you’ve visited the Nelson region, you’ve likely driven the main street of Motueka – a small, sunny orchard and tourist town – and without knowing it, passed one of just three Steiner schools in the South Island. This little school community has a big vision to be integrated into a biodynamic farm.

Steiner education took root in Motueka in 1984 with the opening of a kindergarten, followed by a lower school in 2002. The school is located in an old rented villa that served as the town’s maternity hospital for many years. It’s a lovely old building, but the grounds and building are now too small for the growing school.

Three years ago, the school trustees decided to start work on finding a new and bigger permanent home for the school. Johann Goethe wrote, “Whatever you can do, or dream you can do, begin it. Boldness has genius, power and magic in it. Begin it now.” The parents took Goethe’s advice and dreamed of their children having a purpose-built Waldorf school integrated into a productive biodynamic farm. I was appointed to lead the project.

I’d never had a job like this before. Instead of a job description, I had a vision statement and a quote from Goethe. There was no plan, no office, no money, no budget and no salary. I love a challenge, and I love the vision. And surprisingly, there are very few farm-based schools in New Zealand.

Motueka is surrounded by beautiful farmland, so one might think the easy part would be finding the land. It wasn’t to be. Each site investigated was rejected for reasons such as flood risk, zoning, inadequate roading connections, need for extensive earthworks, or neighbours who heavily sprayed their orchards.

Funding was the other big challenge. The school has a unique funding model, and unlike most Steiner schools in New Zealand, they’ve remained independent of the state education system. That independence provides freedoms, such as the choice to reject standardised testing, but it also means very little state funding and support. Even more unusual is the absence of tuition fees. Parents and supporters are simply asked to make donations and help with fundraising. Our koha funding system means everyone can afford to attend, and everyone takes responsibility for providing the means. It’s a precarious funding system, but somehow it works.

One thing was clear to the trustees and me: the small school community was already stretched in funding the school, so funding the new school would need help from the wider community and supporters. After two-and-a-half years of fundraising and land search, we had raised about $100,000 but had no good land options. September 2014 was a personal low point for me. I was sitting at my desk on my birthday considering giving up; I wasn’t having a happy birthday. A friend came to visit, and I remembered something about Goethe, and boldness, so we drove out to a bit of land that I had always liked, and decided to approach the owner. How do you ask someone to sell you their farm when you know you don’t have the money? Anyway, we received a warm welcome and were invited back to talk some more. My birthday went from zero to hero.

Over the following weeks, a trustee and I visited the landowners and we got to know each other. The owners had farmed the land for over 40 years, and their attachment was very strong. The social meetings became more serious when the owners invited the school to make an offer.

Naturally, I was delighted – but I was also very aware we didn’t have the money. We had obtained a market valuation report, so I knew how much we needed. I contacted potential donors, and then a miracle happened. We were offered the rest of the money we needed. The school’s offer was accepted, and the purchase agreement signed on the last school day of 2014.

That was an amazing experience. I learned about putting relationships and connections first; I learned to trust that good things will happen; and I learned there are some amazing people who see money as a tool to make good things happen.

The farm is 13.6 ha of rolling hills, mostly sheep grazing but also including a 1.5 ha pear orchard. There are two cottages, a dam and lake, 1.5 ha of flat land by the road, and an elevated building site with a pond and spring. Most of the land is north-facing, and it is near Motueka. It is perfect.

The farm is now owned by a charitable trust, so it’s removed from the open market long-term. The community wants to restore a thriving ecosystem that provides both food and habitat for people and animals, and maximises social, environmental and educational outcomes.

The school community also acknowledge the spiritual side to our work. This was given voice at the land blessing, which started at dawn with a Whakanoa te Whenua led by local kaumatua Tom Matthews. The afternoon ceremonies included symbolic events that celebrated guardianship in a collaborative and creative, formal yet organic way. The many branches of anthroposophy were represented in the ceremony, with beautiful contributions by the students and tangata whenua.

Dieter Proebst, a founder of the school, is leading a group of parents to study and observe the land, then develop a management plan. One of the management priorities will be biological restoration. Decades of sheep farming have left the land depleted, and few trees remain.

One of our first community gatherings was to engage parents and children in preparing and spreading preparation 500. We want to teach by doing and have children involved wherever possible.

Another priority for the land will be production of quality organic food. The school families and other supporters will be a ready market for the produce.

Running in parallel with the farm development is the big job of designing and building New Zealand’s best example of 21st century Waldorf school architecture. Earlier in the year, Matthew ter Borg ran a 10-day consensus design workshop for the teachers and parents. This socially inclusive process was developed by Christopher Day, who visited the school back in 2011. A master plan for the school campus was developed, and a brief for the architects started. A notable feature of the design brief is to ensure the farm and the spaces between the buildings are just as important as classrooms. We have a sunny, mild climate, so outdoor classrooms will be a feature of the design.

The new school will accommodate 100 students, which is twice the size of the current school. We welcome more families to join us. The top of the South Island is a lovely place to live, and we’re creating a very special place for children and their families.

Become a supporter. Visit the school website. Donate. There are many ways you can help this project succeed. Thank you.

Biodynamics in the Greenhouse 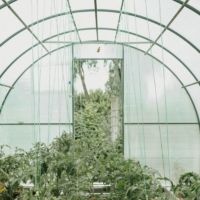 The Cow and The Vine
Scroll to top