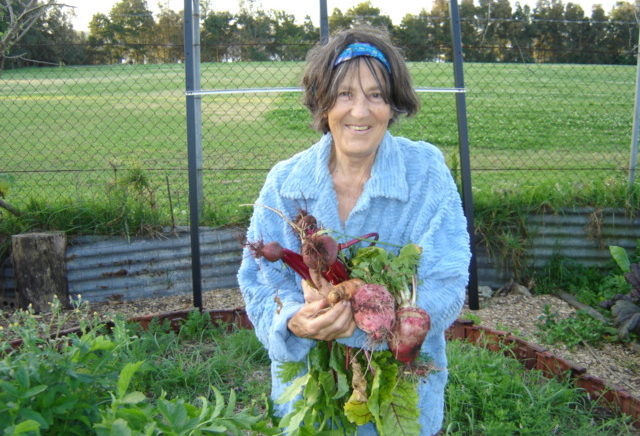 Sydney-based Diane Watkin is the keynote speaker at this year’s conference. Here’s some information about Diane and her work.

Diane Watkin co-founded Biodynamics Sydney Inc. about 10 years ago in response to the need to introduce city people to a healthier environment and healthy food.

At that time, governments and society at large were unconscious about the looming crisis. It was hard work, and biodynamic farming practices, terminology and approach had to be re-translated for modern city dwellers through many workshops, articles and publicity. There is now a wave of interest, enthusiasm and knowledge in and around Sydney concerning biodynamics and its uses.

At the conference Diane will speak on ‘Biodynamics in the city: is it possible?’ She will also talk about the Persephone Food Project, which was launched in 2015.

Diane recently became a first-time film-maker with the premier screening in Sydney (on 11 and 19 November 2016) of “Five Hundred: the story of biodynamics in and around Sydney”. Due to popular demand, the film is on a road-tour (Canberra and three screenings in the Blue Mountains in February) and will be shown at the Australian Anthroposophical Society’s Conference at Easter.

As well as presenting workshops in Cyprus and China, she co-presents at a one-year BD training course and runs several short backyard gardening courses. Diane is a lifelong teacher and has also written six pedagogical books. She runs weekly painting classes and curates art exhibitions at Steiner House, Sydney.

She has three adult sons.