Farming landscapes and biodiversity conservation are linked; it’s time for us to treat them that way, argues David Wright

I started thinking about biodiversity in New Zealand because of changes to the Demeter Standards. They now require ten percent of a farm to be set aside as a biodiversity reserve. That can include hedges, streams, trees, shelterbelts, stone walls, headlands and a number
of other items. I think that many New Zealand farms, especially family farms, whether biodynamic or otherwise, would have little trouble passing this test. In fact, many farmers go much further than this in ways that I suspect many city folk are unaware of.

We go out for a trip through the countryside; we pass a stand of native trees on a farm, a remnant of primeval forest. But do we think about how that piece has survived? Why was it not cleared for pasture like the rest? Perhaps it was saved because the farmer has set it beyond temptation by putting it into a perpetual covenant so that no one may fell it. There is a well established tradition in New Zealand that this overcomes – the convention for young men to develop a property by taking a piece of land and clearing the “scrub.” Many farmers now do such covenanting, and some plant more trees than in the days when Dr C P McMeekan (1908-72)1, doyen of NZ agricultural scientists, described trees as an economic liability.

The areas that Demeter International counts as biodiversity reserve will certainly contribute to biodiversity – especially if you think of some districts where there is one dominant crop, such as grass or grapes or apples. Though we don’t have the quite the monocultures that you would see in some places, such as the Californian almond groves or southern Germany where some valleys are all grain on the valley floor and all grapes on the hills, there are still many places in New Zealand where we approach a monoculture. And monocultures are what you find on the edges of deserts.

Yes, the Demeter rule does a little to relieve the monoculture, but is it enough?

Biodiversity in New Zealand can go much, much further. To discuss this further, I’d like you to think of our landscape this way: there are actually two distinct types of landscape in New Zealand. One is an economic landscape, mostly populated by exotic species such as agricultural mammals and poultry; introduced grasses; fruits and vegetables; hedges, trees and shelter belt plants from most continents; European earthworms; trout and salmon and various introduced pests. These are all introduced species.

Alongside it we have the remains of an indigenous landscape. There is temperate rain forest in the wettest areas; and tussock grassland and various xerophytic plants such as matagouri in the drier. All these are indigenous plants. The fauna are native birds, some rare native bats and introduced mammalian pests such as deer, pigs, rabbits, cats and mustelids. About one third of NZ remains in this state, mostly as conservation areas where there is no agricultural activity, or very little – honey from manuka perhaps being an exception. And that’s the way most of us want to keep it, or rather our minimum aim is to do so.

We want the indigenous forests areas to be maintained and protected and cleared of introduced pests where possible. Many of us have a deep love for the bush. But do we, by contrast, look on agriculture as a necessary evil? Evil because of degradation of waterways, the use of pesticides and the erosion of topsoil. Necessary because without it we’d have to forgo many of the bases of the urban life.

Because of these two different landscapes, there are two different public attitudes, and our situation is very different from that in the places in Europe where many of our ancestors came from. Yet many of us grow up with images from those same places – of Christopher Robin in the Hundred Acre Wood, or of Beatrix Potter’s animal friends and their families. Those came from England, where there is not the sharp division between the areas with indigenous species and those with economic species. Beatrix Potter, for example, owned 4000 acres of farmland in what became Lake District National Park. This land is productive but also has heritage status.

Our main conservation organisations have traditionally directed their attention to the indigenous ecosystems and not involved themselves so deeply with the exotic landscapes of the farm.

There is something else that goes with this two-landscape situation, and that is our policy thinking. Our main conservation organisations have traditionally directed their attention to the indigenous ecosystems and not involved themselves so deeply with the exotic landscapes of the farm. One result is that there is not a lot of contact between those organisations dedicated to protection of forests and birds, and those such as the Biodynamic Association and the other organisations of the organic sector. You can get a sense of this if you look at the website of ECO, which is a coalition of the Environment and Conservation Organisations of NZ, and look especially at the analysis of political party policies that was done before the election. There is much there that relates to the conservation estate and to topics such as greening the energy production of New Zealand, but little about our methods of agriculture.

I understand that this split was also evident years ago in the UK. At the international agriculture conference at Lincoln, NZ, in 1994, I asked a visitor from the UK’s Soil Association what sort of contact there was between his organisation and conservation organisations such as the Royal Society for the Protection of Birds. “Not a lot,”
I recall was his reply. But since then there has been a steady appreciation of the value of organic farming in the protection of birds in the UK, to the extent that a search for “organic” on the RSPB website gave me 320 hits, while a similar search of the NZ Forest and Bird website yielded 22. Not very scientific, I know, but I think it does indicate
a general situation that not a lot has changed here.

Is there a way of overcoming this division? Does it matter? I think it does matter. I think this split may be holding back the progress of organic and biodynamic farming in New Zealand. Here’s why.

Most agriculture in New Zealand is and must be for export, because we have just over four million people but produce enough food for about 20 million. So four-fifths of everything goes overseas. New Zealand consumer preferences therefore have a relatively small effect on overall agriculture. Even if half of all produce consumed in NZ were organic, at most that would affect ten percent of farmland, but probably much less because many organic products not grown in New Zealand would
still be imported.

Farmers produce, therefore, what overseas markets want. Except they don’t actually – they produce what the exporters tell them is wanted. And those exporters have generally been slow to respond to the booming world demand for organic produce, perhaps because there are easier, quicker returns from producing more conventional produce by intensification. At the 1994 conference I mentioned above, a European organic importer said that the marketers tell the producer there is no market and they tell the market there is no product. Perhaps he was exaggerating, but in some cases not much. Some of my organic industry contacts tell me that this still happens.

So what can make the difference? I believe that the answer is to change government policy. If government policy supported organic farming, the outlook would be different. That support wouldn’t be subsidies to organic farmers, but other things. One would be curbing the way that the environment actually subsidises conventional farming – what economists call externalities. The cost of damage to external things such as waterways is often not borne by farmers, but treated more like a free lunch, perhaps because it is believed that if farmers internalised it, New Zealand Inc. would be consigned to penury. Government policy could be moving – and perhaps is moving, but much too slowly – in this direction. But it needs to stop treating it as an industrial problem – a problem of inputs and outputs – and treat it much more as a farming systems problem. There’s too much of the wrong kind of farming (conventional, or input-output based) and not enough of the right kind (organic and biodynamic, or agroecological based), and government policies influence this.

Another step the government could take would be to find ways for the market signals to be better translated into New Zealand farming language. Before you say that it’s not the government’s job to do that, consider why we have a very large dairy company. Beforehand we had two largish ones, several small ones and a dairy marketing board. Government could see marketing problems if this structure continued, and so facilitated the merger of the two biggest companies and the abolition of the Dairy Board – all by Act of Parliament. There is plenty of precedent for government involvement, even in our era of dry economics.

exporters have generally been slow to respond to the booming world demand for organic produce, perhaps because there are easier, quicker returns from producing more conventional produce by intensification.

So what is it that will make a difference to government policy on this issue? It is public – including or perhaps especially voter – pressure. Even the glacial movement of government towards improving contaminated waterways would come to a stop were it not for public pressure. Governments of all colours have been followers of public opinion on this, not leaders. The crucial issue is I believe that at present the pressure for real change in farming isn’t there. It isn’t there because public opinion doesn’t see farming as a conservation issue in the same way as it looks at the native forests. In Europe there is public pressure to protect and maintain the countryside, because there’s little else. In New Zealand we can always “go bush” to escape degraded farmland, and we do so both physically and in our thinking.

As a community we need to value the cultivated landscape in the same way that we value the bush. I believe that we need to overcome this split in our national thinking, if there is to be substantial growth in organic and biodynamic faming and a consistent and sensible approach to how we use our farmland. We need to see farms as ecological sites every bit as important as the forests. As Shakespeare said, “the fault… is in ourselves.” 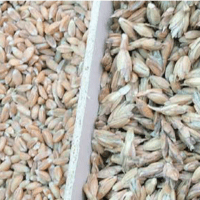