Biodynamic farmers frequently talk about the need to consider the farm as an individuality or organism – but why is this important, and what does it mean? In a series of articles, this issue of Harvests explores that concept from multiple perspectives.

Ninety-four years ago, biodynamic agriculture was born at a conference in what is now northeastern Germany. It is now 96 years since the first biodynamic preparation was made and demonstrated by Dr Rudolf Steiner. When the first biodynamic course was given, it was a series of lectures given to mostly farmers and was called Lectures for the spiritual renewal of agriculture.

At the time, agriculture was for many at a crisis point. Water- soluble elements were being used to boost agricultural production, a process started by Justus von Liebig when he noted that with the addition of certain elements that were found to be deficient in the soil, plants would grow better. At that time, the role of the soil’s biology was not understood, so it was commonly thought that in order to be effective, the elements had to be administered in a water-soluble form. This led eventually to a loss of food and fodder value, and a resulting loss of vitality in plants, animals and humans. Farmers who used to keep their own seed from the best of every crop they grew now found that they had to renew this feed stock from an outside stock more and more frequently.

What was happening with the loss of vitality was a loss of life force or spiritual activity. Dr Steiner was essentially being asked for indications as to how to restore this vitality, life force or spiritual activity. The model he used was very similar to what he had been talking to many others about for decades concerning many other aspects of life, including an understanding of who we are as human beings. He spoke of us as having four basic organisations. One is physical matter, which is ‘organised’ by an etheric body, which is organised by an astral body, which is in turn organised by an ego. Our physical body is what remains after cremation – not a great deal. We see the effect of the etheric body in the organisation of the growth of a crystal in free space and in the growth of plants. The etheric governs what Steiner calls the ‘water body’. The effect of the astral body is seen more clearly in animals that can move about and express pain and pleasure. In this we are talking about the ‘air body’. The ego is seen most clearly in humans, in thinking, managing their own affairs and identifying as an individual. This is referred to as the ‘warmth body’.

In the farm situation, all those elements are also present, and a farm is only a farm when there are human beings organising it. In one sense a farm is only a farm when it is organised by a human being. We refer to a farm as Bill and Rosie’s place or Paul and Mary’s place. This enables us to identify a particular farm with its special character. This is a space that is organised by one or more free beings.

When we have a farm like this where the farmer takes responsibility for all that happens on that farm, that is where a farm can most fully express its identity and individuality.

When things are brought in from outside, both in human nutrition as well as in soil nourishment, they are foreign matter until they are digested by the organism. When the imports are the result of a manufacturing process, they are even more difficult to digest into the farm organism than when they are naturally occurring products like cow manure, hay or straw. The ultimate, therefore, is when all that is needed to maintain or improve fertility can be found on the farm or processed by the farmer(s). This is more possible where there are a full range of animals such as cows, horses, sheep, goats, pigs and poultry. There should be a range of crops sufficient

to feed all the animals and most of the requirements of the people. This would include shrubs and trees which broaden the range of food and fodder; shelter the farm from wind so that the carbon dioxide-rich air within the leaf zone is not blown away too quickly; and provide fuel for fires and timber for farm constructions and repairs. Within these processes, surpluses must be produced to exchange for goods that are not provided for on the farm.

One hundred years ago in central Europe, farms were quite different to what they are today in New Zealand. All cows had horns and most farms provided their own meat, vegetables and herbs, so all that was required to make all the preparations that Dr Steiner talked about were near at hand or could be provided within the farm organisation.

In this way a farm was a much more complete organism with physical matter, an active etheric principle, soul activity and ego function. When we have a farm like this where the farmer takes responsibility for all that happens on that farm, that is where a farm can most fully express its identity and individuality. How close can we come to this way of working in our present time? How would this impact on animal and human health in our community? How would this impact on the environment outside the farm organism?

My family have been interested biodynamic methods since 1924 and 1933, depending on which side of the family one looks. For me biodynamic is normal, but it does not mean that there is nothing new for me to learn. I am passionate about promoting it towards mainstream agriculture. I have been a dairy farmer, medicinal herb grower, and compost maker of small and large scale composts. I joined Glen Atkinson for some time making the preparations in homeopathic form, following on from the work of Dr Lilly Kolisko and Agriculture of Tomorrow.

In the pursuit of better health for myself, I went into remedial massage late in life. I was tempted in that direction by what was described as Biodynamic Massage. After the first short course, I felt better and was hooked, and then followed a couple of years of training.

Everywhere I go, I make composts and spread biodynamic preparations, and I make them most years. I would like the benefits of biodynamic methods to be the new normal, as the Earth and humanity have an urgent need. 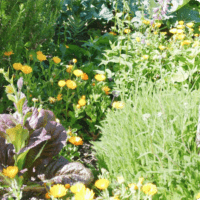 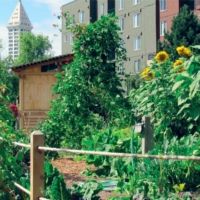