We’re very excited to introduce Glen Atkinson’s (PhD) latest educational offering. Over three online workshops, Glen will be shedding light on plant growth and the seasons through Rudolf Steiner’s lens and the unique worldview of biodynamics.

There appears to be a tradition within biodynamics of having booklets of three lectures. The first being Pfiffer’s three introductory lectures, in which he outlined some basic practical principles of Biodynamics. Dr E Kolisko, did a few small books, Manfred Klett did one, and in more recent times, Hugh Courtney did a publication called ‘Agriculture’, in which he has his favorite three lectures, that conveys his ‘essence of biodynamics’. His selection focuses on the elemental beings. So why don’t I do my ‘essence of BD’. Three essential lectures I consider pivotal for comprehending the Biodynamic Worldview.

Over the last few years, I have been looking at the references Dr Steiner gave around plant growth. Three lectures in particular provide three separate, but similar images of the activities involved in plant growth, working its way through the seasons. Two were given around the end of 1923, and then one from the Agriculture course, in the middle of 1924. So these lectures were given towards the end of his life, and together they provide a very intricate image of some the energetic activities active in plant growth.

A central feature of Dr Steiners teaching method is to appreciate he can only tell us a very small part of a very large picture at any one time. It is our task to place all the pieces of these stories together, to reveal his view of the dynamic we see as Life.

So each of these lectures provides a different angle view of plant growth, however each is described in its own language. We are challenged as the students, to find each time the context in which a particular lecture is taking place, and then to define the pieces of the story within that context.

We can look at the three stories as if they were telling us of three energetic frequencies of the same material reality. If we identify the common parts between the stories, and overlap one story on top of the other, we can see how the stories are really just three different tellings of the same story.

The first lecture is from “Cosmic Workings in Earth and Man”, lecture five given on the 31st of October 1923. This lecture talks of the SAP story regarding plant growth, and it has three primary players the ‘Wood Sap’ coming from below, the ‘Life Sap’ coming through the light activities, which make the leaf and foliage. When the Life Sap is strong enough, it draws in the incoming ‘Cambrium’ force, sourced from the Stars. This stream is carried upon the outer planets 2 frequencies, and through the cosmic warmth processes, along the cambium pathways of the plant, and in towards the Centre of the Earth, where the World Spirit of the plant kingdom resides. During the winter, a maturing of the Wood Sap in the soil, combines some of this ‘earthed cambium star forces’, with mineral earth forces, and together they push the Wood Sap upwards, in Springtime.

The second lecture from “Man as a Symphony of the Creative Word” , lecture seven given on the 2nd of November 1923. This is some three days after the previous lecture, and here Rudolf Steiner talks of how the Ethers work through the seasons, and also how the Elemental Beings work as transformative agents in the development and synthesis of these Ether processes. He outlines the flow of activities within the Earths Ether body. Using the Earths surface as the diaphragm membrane between the Above and the Below, we are told how the different Ethers move above the surface of the Earth, and thus have a direct effect upon nature, and when they recede again back within the Earth, and become active there. I believe, from my experience, that this movement can be seen in nature. Nice to have also how the Elementals play into facilitating the interaction of the primary forces, be they Ethers, Saps or Cosmic and Earthly Forces and Substances.

The third lecture in my series is the second lecture from the Agriculture course, given on the 10th of June 1924. This is some 8 months, later after these earlier to lectures however it presents the third view of energetic plant growth. In this lecture we are presented with a view of the plant sitting within what we call ‘the threefold agricultural individuality’. In the beginning of lecture Dr Steiner clarifies for us, that the Earth’s itself is like a human turned on their head. So the nervous system is in the Earth, and the metabolic system is above the plant. Above the leaves to the top of the plant, and even into the atmosphere around the plant, is considered the metabolic region of the plant. The leaf region is the Rhythmic system, equating to the human chest region. This threefold image is an archetypal organizational structure that we find throughout the physical bodies of all manifest beings.

This story only takes about two pages to tell, and so the rest of lecture talks about the Physical Formative Forces (PFF). Most readers of the course remember the line ‘the ABC of everything is what is Cosmic and what is Earthly’. This is a pivotal story, however many students only get so far is seeing Cosmic and Earthly as a simple polarity, between what is above and what is below, and carried by either by Calcium and Silica. In the second part of this lecture, we have an intricate story of the Calcium and Silica processes working as Forces as well as Substances. This gives 4 processes to consider. Cosmic Forces and Cosmic Substances, along with Earthly Forces and Earthly Substances. Each pair form a circular process. One part of the process comes towards the Earth and the second part is moving away from the Earth. This occurs in both groups. The real gift of the second lecture, is RS telling us the physical carriers of these four activities, which are available for us to use. He talks of the Cosmic Forces being strengthened by the Clay substance, the Cosmic Substance is strengthened through the physical presence of Sand. The Earthly Substance is strengthened through what he calls Lime, which is also to be taken as cations in general. Then the Earthly Forces are enhanced through the activity of humus, whic is more specifically carbon and all the processes associated with carbon chemistry in agriculture.

This story is told within a seasonal context, so can be related back to the previous two lectures. But within this lecture we are also provided with an image of how these physical formative forces play into the processes of plant growth, as controlling levers. In the earlier lectures, we weren’t given any particular preparations that we could use to control those processes. However with this lecture we are given the four basic elements for ‘levering’ the seasonal flow of the energy, and so influencing everything talked of in these three lectures.

The rest of the agriculture lectures talk more about the physical formative forces level of manifestation, along with stories of the primary energetic activities, sourced from the World Spheres. Interestingly, there’s only one significant reference in the agriculture course to that Ethers. The great majority of the course talks of these two other levels of activity. This appears to be why the people who use the Ethers as their central reference for understanding biodynamics, have great difficulty understanding the Agriculture course. Their story is told in the ‘Man as Symphony’ lecture series. I see people have studied and worked with the first two lectures, however I do not see a lot of literature or work done on the Physical Formative Forces story. It is a different story to those, however extremely compatible with those other stories, and now we have some physical levers, by which we can control all three stories. The biodynamic preparations provide more levers working through the primary energetic activities, which do work into and through the lower levels of the Ethers and PFF. 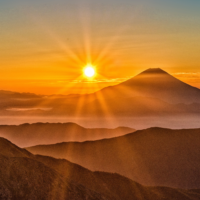