Most seed used by conventional (chemical) farmers is usually treated to protect the seed from pests and fungal attack. These coatings are generally toxic to the microorganisms in the soil.

Sattler and Wistinghausen, in their book Bio-Dynamic Farming Practice, discuss seed baths in some detail, along with grain selection and germination trials.

They note that Martha Kuenzel and Franz Lippert have done numerous seed bath trials over many years and developed a seed treatment that strengthens the vitality and resistance of plants. Their experiments investigated the benefits to different plants whose seeds were treated by pre-soaking with particular biodynamic preparations.

These long-term trials have shown that each preparation has its own characteristic way of influencing the growth cycle of a plant’s development, root system and yield.

When they used seed baths made from the biodynamic preparations, the researchers noted increased root formation and plants that were generally stronger and more resistant to disease.

Generally the seed and plant material is treated with the appropriate bath preparation the day before sowing. Note: Different-sized seeds and tubers require a different pre-soak process.

Notes on valerian as a seed bath:

• Valerian is beneficial in damp climates and combats the tendency for mildew in potatoes.

• Valerian-soaked seeds have a strengthened resistance to disease, degeneration and mildew.

Try using CPP with all seeds and tubers.

For large seeds such as beans, peas and corn:

Mix CPP with a small amount of rainwater to make a paste. Stir in the seeds until well covered and leave for two to three hours. Remove seeds and dry for a short time before planting.

For fine seeds: Mix the seeds into a suitable amount of CPP, but without any water. Leave for an hour, then sow directly into the prepared soil.

For young plants: Dip the young plants into stirred CPP and leave for 30 minutes before planting.

Other points to consider:

For the home garden

• Use one teaspoon of the preparation most suited to the seed to be sown. (See table.)

• Stir vigorously in one litre of slightly warmed rainwater and leave for 24 hours.

• Put seeds in a muslin bag and suspend in the liquid for 15 minutes, then spread out to dry on a wooden board or paper towel in a shady place before sowing.

• Some larger seeds could be sown straight away. Try some experiments with, say, sowing one-third of the seeds directly after soaking and sowing the remaining two-thirds the next day.

• Seed should be used within two days of soaking.

Place your seedling potatoes on your shed floor.

Spray the heap of potatoes three times over one or two weeks before planting, and turn the heap at each spraying.

Place seed in a cloth, soak for 15 minutes and wring out to dry (try a spin dryer). Sow immediately when the seed is dry.

Final note: All bathed seed and plant material must be sown or planted within two days of mixing. 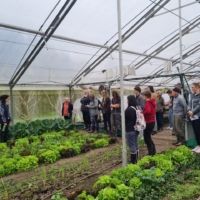 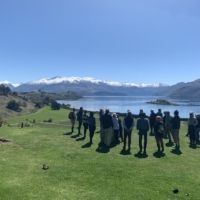 The Fault is in Ourselves
Scroll to top