Biodynamics and intention on the Seresin wine-farm. By Daniel Honan

“There’s something we don’t talk about, which I think is the most intriguing thing about wine,” says Colin Ross, Estate Manager at Seresin in Marlborough. “We ignore the alcohol, the 12.5%, which is a spirit, and not all alcohol has the same effect, so, as potential drug growers it’s something we should all be conscious of.”

Affecting the consciousness of the consumer through the spirit of alcohol is a big responsibility, and one that the conscious producer must be aware of. For a winegrower, it is important to acknowledge and understand that the intentions embodied in a bottle of wine, to eventually be drunk by someone (whether they actually get drunk is an entirely personal matter), start in the vineyard, with how that bottle of wine is produced – i.e. the agricultural practice, including people, machines, sprays and so on.

“What we do out in the vineyard affects the people working out there, which is where the wine comes from,” explains Colin, “and life brings its own consciousness into play, so the less we suppress life out in the vineyard, the more life we have out there, and the more that life gets expressed within the wine.”

Seresin also grows olives, most of which are made into delicious bottles of olive oil, and vegetables, some of which are grown in between the vine rows. Plus they have integrated pastures and farmland, where they farm chickens, cows, and even a goat. They produce their own hay and make their own compost from the various waste materials on the property. Seresin can best be described as a wine-farm, which is managed biodynamically. Seresin is certified biodynamic by Demeter, and certified organic, including the winery, by BioGro.

“I like to think of ourselves as a small village,” says Colin, “because I think that’s how the old model of agriculture used to be, rather than just an individual working alone.”

Biodynamics is an important tool for Colin to help him manage Seresin Estate. Seresin are members of MANA, Marlborough Natural Winegrowers. Because of their size, they are able to make enough of the biodynamic preparations to share with the rest of the group’s members, and anyone else who’s interested.

“Most modern farming as a business is about looking at how do you get rid of the human beings, to make farming more efficient and cheaper. We’re trying to make something which is more of an artisan product, and biodynamic farming is about putting the human being back into the centre of the agricultural landscape. When you have that human interaction with farming, it means there is a different energy inherent in the produce that’s grown.”

Colin is a big believer in having human beings work on the land, rather than machines. “We do things by hand, which is expressed through our logo, and we want there to be a connection with the human being in our work,” he says. “Most modern farming as a business is about looking at how do you get rid of the human beings, to make farming more efficient and cheaper. We’re tryin to make something which is more of an artisan product, and biodynamic farming is about putting the human being back into the centre of the agricultural landscape. When you have that human interaction with farming,
it means there is a different energy inherent in the produce that’s grown.”

The intention to put the human being front and centre in the agricultural system is also present when it comes to transforming the grapes into wine. Colin believes it is also important to recognise the winemaker’s role for producing great wine.

“There’s so many points in the circle where you can stuff a wine up,” says Colin, “and so, I don’t think it’s fair to say wine is made only in the vineyard, or in the winery. It’s definitely a collaborative effort.”

At the other end of that collaborative effort, Seresin Estate winemaker Clive Dougall intends that the sense of human intent and place, unique to Seresin and to Marlborough, is revealed in the wine as much as possible. “We’ve been striving to do nothing to our wines,” says Clive, “so that they can express our own sense of place.”

Seresin have been using 100% wild yeast ferments for the past two vintages. In fact, researchers have carried out studies on their three vineyard sites, and found that they have their own unique species of yeast culture existing amongst the vines.

“All our ferments use 100% indigenous yeasts, which was a five year process to get us to that point, but we did it slowly and I’ve always believed it was the right way to go,” says Clive.

Now there’s quite a lot of talk amongst consumers concerning preservative-free, sulphur-free wines, sometimes (wrongly) referred to as ‘natural wines.’ These wines will almost always contain at least traces of sulphur, which is unavoidable due to the creation of free sulphur as a byproduct of fermentation. For a wine to be labelled sulphur- or preservative-free, there must be no supplementary sulphur added to the wine at any stage during the winemaking process.

However, no matter whether the fruit has been grown organically, biodynamically or chemically, the vineyard will, at some stage, have been sprayed with sulphur (an organically recognised element) to help prevent disease, such as powdery mildew. Colin and Clive at Seresin have been experimenting with making a sulphur-free wine that even excludes the spraying of sulphur out over the vineyard. It’s as sulphur-free as you can possibly get.

The wine is then made using no additions whatsoever, such as acid, tannin, enzymes and so on. It’s unfined, but it is filtered, because Clive wants the wine to be stable in the bottle.

“This is just a bit of an experiment for us to see what’s possible,” says Clive. “It’s not about being cloudy or natural or being the most pure expression of place. It’s about making a wine that is stable and won’t re-ferment in the bottle… we’re learning what’s possible whenever we make this type of wine.”

“We want to put positive intention into all of our actions on the property,” says Colin, “and growing organically using biodynamics just feels like the right thing to do. The fact is that it’s the way the land has been treated for many years, and it’s a part of human instinct to want to see diversity, and taste diversity. We don’t just want to have grapevines, we want to grow more than that, because we see the Seresin farm as part of a bigger collective here in Marlborough.”

The Seresin wine-farm is such a peaceful place to be. Between the grapes and the veges and the olives and the livestock, not to mention the people, there’s a special sense of spirit that exists upon the land. When compared to smaller vineyards and farms that are managed biodynamically, Seresin is a perfect example of biodynamics in action, and just how easy it is to scale up or down. You just feel happier when you’re walking amongst the vines.

How to be a ‘Best Biodynamic Gardener’ 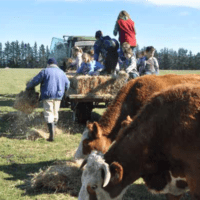 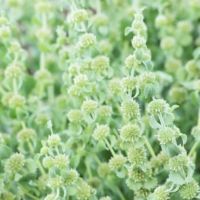