The Tait-Jamiesons have found that humane treatment of their cows and calves doesn’t get in the way of their business — it enhances it. Read Cathy’s inspiring story, reprinted from Volume 68-1 of Harvests magazine:

The way we treat our freshly calved cows and their calves has become a significant point of difference in the way we farm here at Biofarm. We continue to milk cows all year round, but most dairy farms stop milking cows for three months of the year and therefore must have all their cows calve in a short period over the spring. This means the workload is too great to give each cow and each calf individual attention. We haven’t gone down the road of increasing the number of cows we milk. A low number of cows, as on Biofarm, means that each animal can be cared for and their individual needs met.

During the early 1980s, when we began practising some of the recommendations of Rudolf Steiner and others, we started thinking about our farm, its animals, and our products as if we were consumers rather than producers. We stopped thinking about a monoculture and began designing an ecosystem where there would be habitat for many animals, birds, plants and tree species, a place that people could trace their food back to, and a place that would demonstrate social, environmental and economic sustainability.

This has meant that we have developed practices and products that we ourselves prefer as consumers, rather than what would perhaps be easier, cheaper or quicker if done from the perspective of a producer. Today, animal welfare is a big item on the agenda of consumers who want to know that animals are treated well at all times, are in good health and have the freedom to express their natural behaviour. It is no surprise to us that consumers find it cruel and inhumane the way that freshly calved cows and their calves are treated on many New Zealand dairy farms.

Back in the ’80s, we were new parents, and the thought of being separated from our own children was keenly felt when we took the calves off the freshly calved mothers. It created stress and tension for all involved, at a time which should have been quiet and calm.

We changed the method to one we would be happy with should it be our own baby or child. Every mother needs to know where her baby is, who is handling it and who is feeding it if she is not. Therefore, we never shut a cow away from her calf. After 3-4 days spent together, we separate the calf into a pen, but the mother has access to it 24 hours a day. Transportable pens are constructed in the paddock where she grazes. She interrupts her eating to go to the pen to lick and nuzzle the calf, and will often sit next to it overnight. We hand-feed the calves their mothers’ colostrum and milk until weaning at eight weeks old. However, it only takes three or four days before a mother cow is satisfied that her baby is in good hands, and she will travel away from the nursery paddock and join the other cows in the main herd.

Every mother needs to know where her baby is, who is handling it and who is feeding it if she is not. Therefore, we never shut a cow away from her calf.

Since redesigning our farm over the last 30 years, we no longer calve any cows in the spring. Spring here in the Manawatu is wet, cold and windy. The day length is still short, the soil temperature still cool, and the energy level in the grass is low from lack of sunlight. We start our calving during the long, warm days of January. By this time we have harvested silage and hay, and should the farm dry out (which it usually does), we have conserved the best feed for freshly calved cows.

We calve 130 cows from January through the end of May, and have up to 30 heifers and some carryovers calving in October/November. This means we have a steady stream of calves throughout a prolonged period, which differs from the condensed calving periods of common farming systems. It also means a continuous supply of milk for our factory. Consumers need to buy fresh dairy products all year round, hence the need for fresh milk every day of the year.

The fate of the calves

Our farm grows grass through winter, providing food to supplement the hay and/or silage made in the summer. We don’t buy in any feed. The fate of the calves All the cows on the farm have been born here, and they have their first calf at three years old. They are mated with an Angus or Hereford bull, which produce calves with a low birth weight, to make it easier on the first-time calver. We rear all female calves, and we sell the bull calves for others to rear as soon as their mothers have no interest in them. We hand-load the bull calves ourselves onto a truck, and they are sold to discerning customers at the local sale yards in Rongotea. This January/February, we fetched over $300 for each calf, quite a significant price compared to $12-$14 received for a calf born in the intensive farming system and destined for early slaughter (commonly known as a “bobby calf”). Here, we are proudly “bobby calf free,” and this is what our customers expect.

Our cows have their first calf when the mother is a fully grown young adult at three years old, rather than the more usual two years, so our animals are robust and have longevity. On most other dairy farms, a cow’s productive life is commonly five years, but for us the hardest part of farming is saying goodbye to the cow that has been growing and producing milk for us for 12-15 years. Rudolf Steiner’s advice assisted with this task of ending a cow’s life. He taught about honouring the cow for her service, and each cow that leaves our farm is thanked for her years of giving. It helps.

Jamie and Cathy Tait-Jamieson began their farming life together in 1977 on the family farm known as “Te Matai” in Palmerston North. The farm has 240 hectares of certified organic land, with a further 35ha in conversion. The Tait-Jamiesons run dairy, sheep and goats and this year have begun rearing beef calves on the conversion block. They process Biofarm Yoghurt and EcoFarm milk on the farm, and serve as the distribution point for Organic Times organic butter. Jamie and Cathy continue to be hands-on owner/operator supported by a great team of family members and local people. 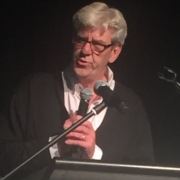 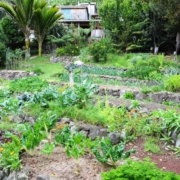 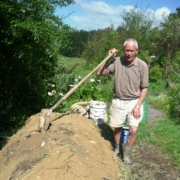